And here’s a collection of other areas we visited in Shanghai. 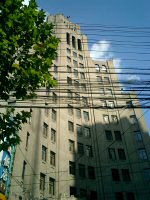 br_041023_333: One of the many often-mentioned Art Deco buildings scattered between Old Town and Hungpu districts. And one of the nicer ones. I must admit that this cold grey kind of implementing Art Deco did not touch my soul. Days later I was explained and shown that Art Deco could also materialize itself in modern glass buildings and does have the capability to look nice. 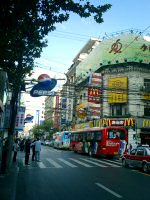 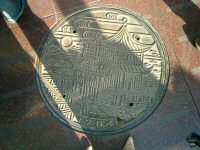 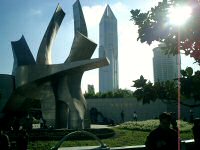 br_041023_335: Nanjung Donglu, we also called it the Pepsi-Street. One of the most popular shopping streets. Pretty western, pretty commercialised.

br_041023_342: But every once in a while even on this street of commerce you might come across a detail referring to good old Chinese culture…